With the Windows 7 end-of-support clock slowly winding down to January 14, 2020, Microsoft is announcing it will offer, for a fee, continuing security updates for the product through January 2023. This isn't the first time Microsoft has done this for a version of Windows, but it may be the first time it has been so public about its plans to do so.

Windows 7 still has a large share of the overall Windows market, especially among business customers. Moving off older versions of Windows is a slow process, even with advance planning, for companies with multiple thousands of Windows desktop machines.

The paid Windows 7 Extended Security Updates (ESUs) will be sold on a per-device basis, with the price increasing each year. These ESUs will be available to any Windows 7 Professional and Windows 7 Enterprise users with volume-licensing agreements, and those with Windows Software Assurance and/or Windows 10 Enterprise or Education subscriptions will get a discount. Office 365 ProPlus will continue to work on devices with Windows 7 Extended Security Updates through January 2023.

There are a number of key differences between the old Custom Support Agreements, which enabled enterprise customers to continue receiving security updates for a version of Windows that Microsoft was no longer supporting and these ESUs, said Jared Spataro, corporate vice president of Microsoft 365.

Before, Microsoft ran this program through its consulting practice, meaning the extended updates were available only to the largest customers with deep pockets -- and active Premier Support Agreements (in the case of Windows XP, at least). In the past, customers had to show Microsoft their plans for migrating off the no-longer-supported version of Windows. They needed to provide quarterly deployment milestones and a project completion date, in addition to paying multiple millions of dollars for extended patch coverage.

This time around, the ESU program is being run out of Microsoft's Volume Licensing Unit and Core Windows Engineering 'is producing these updates like a product,' Spataro explained.

'We want to encourage people to get off Windows 7, but we want to make it more than something punitive,' he said.

In other migration news, Microsoft is announcing a new Desktop App Assure service on Sept. 6. Microsoft officials said based on customer and Windows Insider information, 99 percent of existing Windows 7 apps are compatible with new Windows 10 updates, and they're willing to back that claim with this new service. 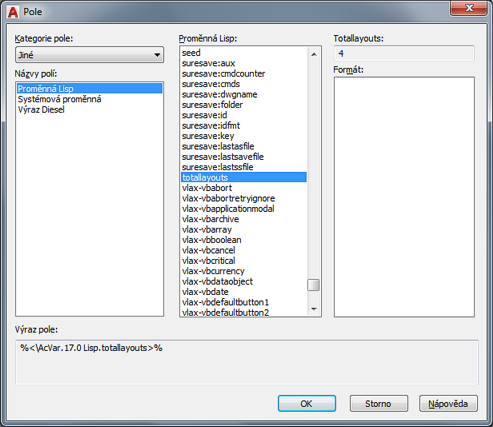 If this is not for printing, there are LISP routines available for assigning page set-ups to layouts in a batch format. Is there a streamlined way to do this besides clicking on each Layout individually, right-clicking, page setup manager, etc?Page set-ups can be imported and applied (not saved) to layouts with publisher. I might be able to track one down for you. WHY can't I change multiple Layouts through the Page Setup Manager? I keep needing to manually change the plotter settings for many Layouts in the files that I'm receiving (from many different consultants) to 'DWG to PDF' and then clicking on 'Display plot styles.'

Desktop App Assure will allow users who encounter any app compatibility issues after a Windows 10 or Office 365 ProPlus Update to file a ticket through FastTrack and have a Microsoft engineer work with them until the issues are resolved.

Also: Got an old PC? Your time running Windows 7 may be up TechRepublic

Desktop App Assure will be free to Windows 10 Enterprise and Education customers. A preview of the service in North America will kick off on October 1 and be available worldwide by Feb. 1, 2019.

Microsoft also announced that its Windows Analytics service is being expanded and integrated with ConfigMgr to create a new service called Desktop Analytics, which is meant to help customers ascertain the upgrade readiness of their Windows and Office clients. Microsoft will provide more information about the service at Ignite at the end of September.

With just a month to go before the Windows 10 October 2018 Update, Microsoft says it's not done just yet.

Microsoft will begin rolling out to mainstream users on 'nearly 700 million' Windows 10 devices its latest feature update starting in October 2018.

Each time Microsoft rolls out a major upgrade to Windows 10, you have the option to wait a few months before you install it on PCs running Windows 10 Pro or Enterprise. But you have to act quickly.

You've got a new PC running Windows 10 Home. You want to upgrade to Windows 10 Pro. Here's how to get that upgrade for free. All you need is a Pro/Ultimate product key from an older version of Windows. One year from today -- on January 14, 2020 -- Microsoft's support for Windows 7 will cease. That means no more updates or fixes, including security fixes after that date, which is the first Patch Tuesday of 2020, unless a customer pays.

Microsoft introduced Windows 7 in July, 2009. A number of enterprise customers didn't begin deploying Windows 7 well into its lifecycle, and in some cases, only months before Windows 10 debuted in July, 2015. Microsoft officials said as of last fall that more than half of all Windows devices in the enterprise were running Windows 10, with the rest running Windows 7 and other older versions of Windows. Yet the support clock has ticked on.
Microsoft officials have announced two ways that Windows 7 users can continue to get security updates beyond the January 14, 2020 date. Both of these ways are designed for business customers, not consumers.
Microsoft will sell paid Windows 7 Extended Security Updates (ESUs) on a per-device basis, with the price increasing each year. These ESUs will be available to any Windows 7 Professional and Windows 7 Enterprise users with volume-licensing agreements, and those with Windows Software Assurance and/or Windows 10 Enterprise or Education subscriptions will get a discount. These ESUs will provide Windows 7 Extended Security Updates through January 2023.
Microsoft also will provide ESUs for no additional cost to customers who buy the Microsoft Windows Virtual Desktop service, which is designed to to allow users to virtualize Windows 7 and 10, Office 365 ProPlus apps and other third-party applications by running them remotely in Azure virtual machines. Those wanting to virtualize Windows 7 after Microsoft support ends in January 2020 will be able to do so for three years by using WVD. WVD still is not available in public preview, but is expected to be sometime this calendar quarter. Microsoft has not yet announced a final availability date or pricing for WVD.

A related reminder: As of January 14, 2020 -- the date when Microsoft is slated to stop providing support for Windows 7 -- Microsoft will no longer support Office 365 ProPlus on Windows 7. Customers paying for ESUs will continue to receive support for Office 365 ProPlus on Windows 7 for up to three years after that date, however. In addition, there are more Microsoft products for which support is ending on January 14, 2020: Exchange Server 2010, Windows Server 2008/R2, and Windows 7 for Embedded Systems (but not Windows Embedded Standard 7).
I've had several Windows 7 users ask me if Microsoft might end up extending Windows 7 support for everyone beyond January because a number of customers won't be ready to move off it. I have not seen or heard any indications for such a move. And users shouldn't read into Microsoft's decision to bring the coming Chromium-based version of Edge to Windows 7 as Microsoft planning to extend Windows 7 support. Microsoft's plan to bring Edge to Windows 7 is meant to support those who pay for extended support beyond January 2020 -- and to throw a bone to those still figuring out their post-Windows-7 migration plans.
End of 'mainstream' support for Windows 7 with Service Pack 1 installed occurred on January 13, 2015. Mainstream support includes no-charge incident support and paid incident support; security update support; and the ability to request non-security updates. End of extended support for the product, on January 14, 2020, means the end of paid support; free security update support; and Extended Hotfix Support.
Windows 8.1 customers will continue to get security updates from Microsoft for free until January 10, 2023. Windows 10 users get free support based on the date when their version of Windows 10 was introduced. (See this Windows lifecycle support page from Microsoft for details.)

How To Update Windows Embedded

Update: If you're wondering what Microsoft's guidance is, re: the pending end of support for Windows 7, it's not simply 'move to Windows 10.' Microsoft is using the end of support to try to get users to go all the way and move to Microsoft 365, its bundle of Windows 10, Office 365 and EMS. Here's Microsoft's latest migration page, featuring a checklist and reference to a free evaluation lab kit for testing Windows 10 Enterprise, System Center Config Manager, the Windows Assessment and Deployment Kit, App-V, Windows Server and more.